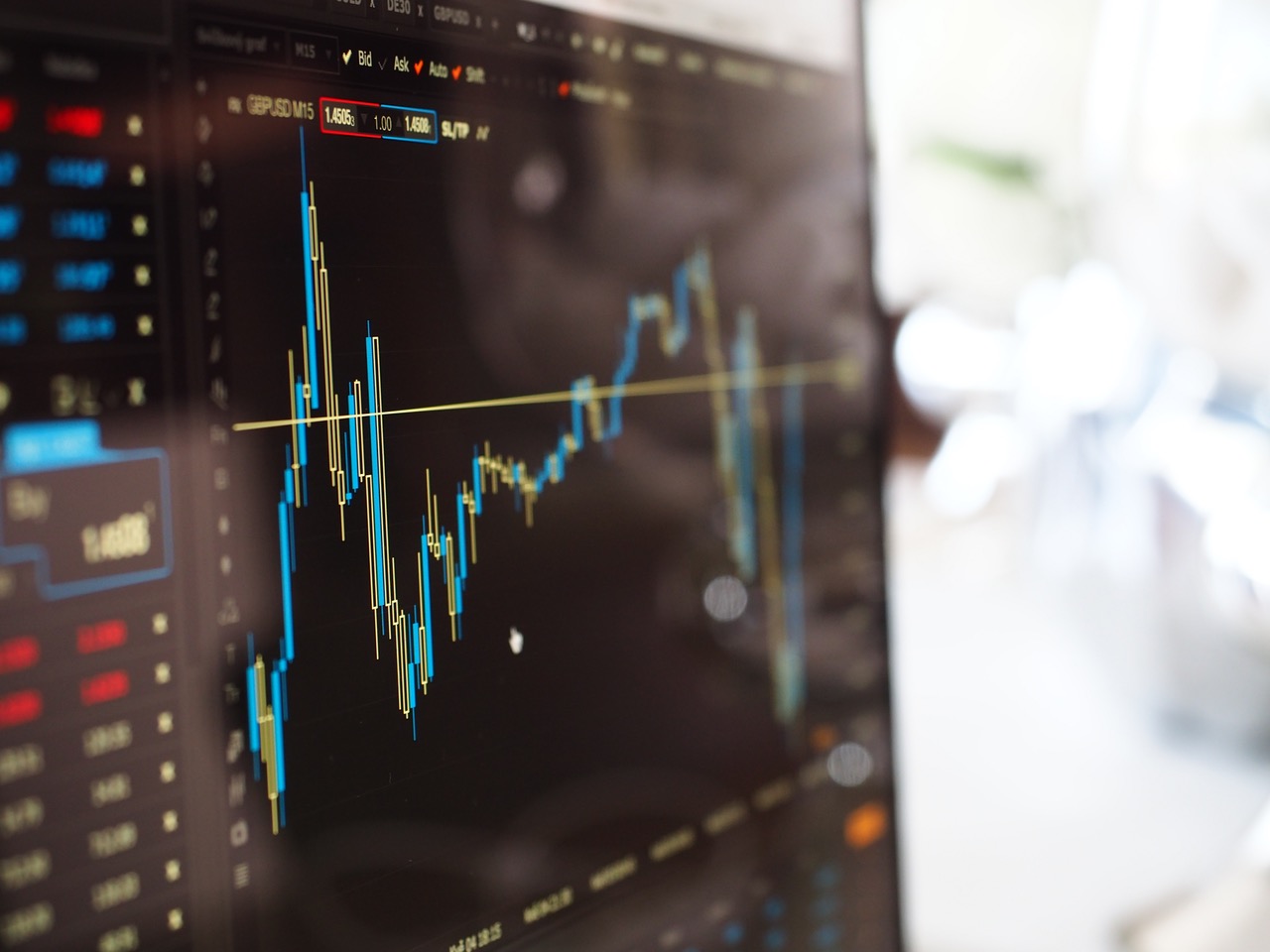 5 examples of how to trade the news

News trading is a method of trading on financial or trading markets, which means profit is taking by a trader due to the correction of the price of a trading instrument in the consequence of an information surprise that was not previously reflected by market quotes.

All economic theories imply that all events and forecasts, the past and the future are taken into account by market quotes. Put simply, everything is included in the price; the price expresses the state and expectation of a particular market. Brexit, a crop failure of coffee plantations or publication of labour market statistics of any country, all such events are priced in: the lack of coffee supplies will increase the price of its sale, Brexit will weaken the pound, as the British economy closes the doors to the largest market of the world economy (European market). 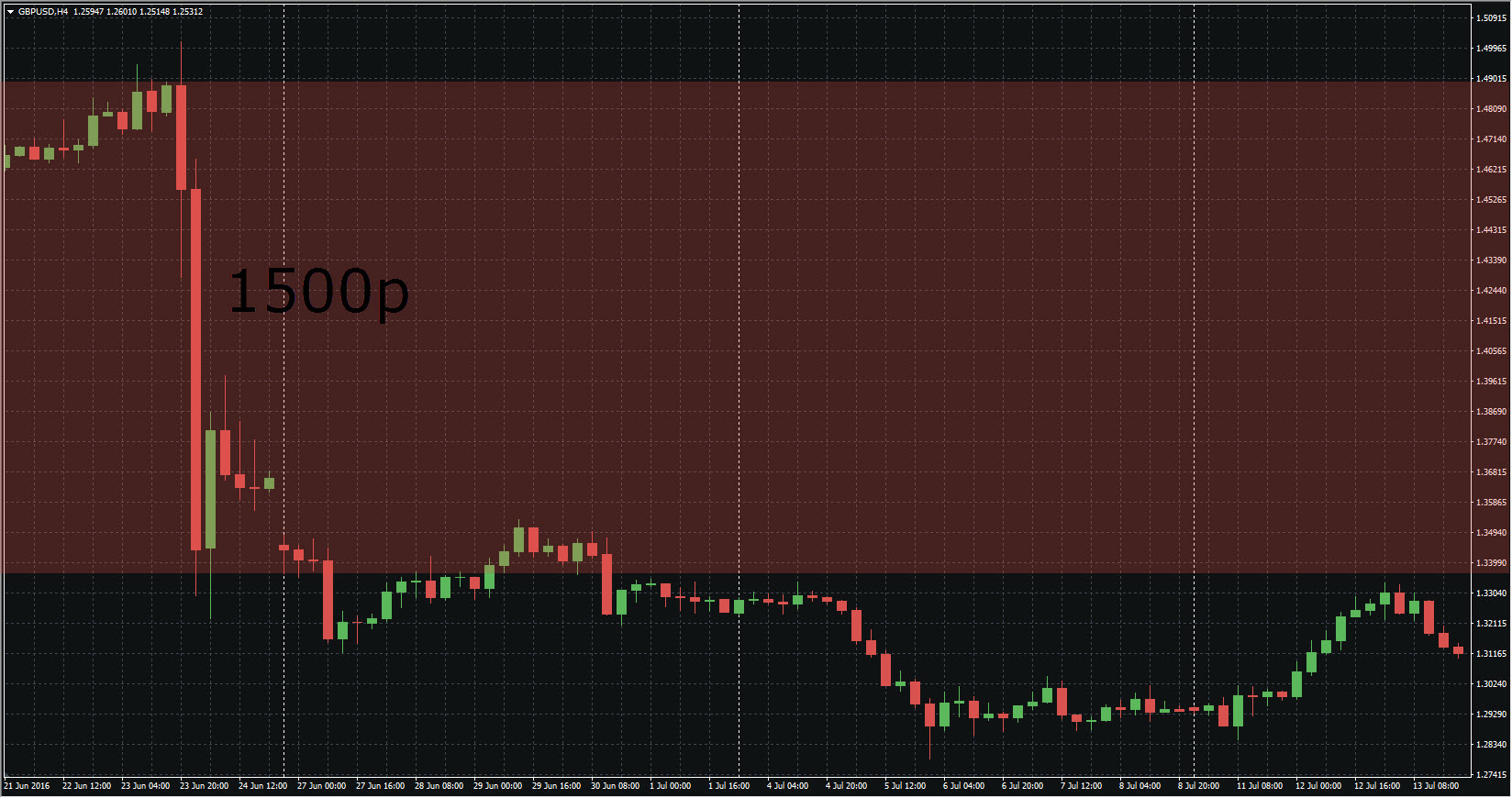 How to trade news?

The most effective method of news trading is a trading autoclick, it is a software that generates trading signals based on statistical data planned for publication of important economic indicators, for example, such as:

Such software allows covering the two most important aspects of the news trading:

A few words about the work of the Autoclick

The Autoclick server receives data from news providers, processes their values, and depending on how big the error in the analysts' forecasts was (was it anyway), it issues the trading signal that the client application and the trader himself receive.

This trading method works with mathematical-logical variables, which gives an accuracy of at least 98%, and this allows us to state that all trading decisions of the autoclick are always passed to the future reaction of the market. The main thing is that the autoclick works with the source, the cause of the future movement of quotes.

Also, this trading method allows you to calculate the estimated strength of the movement, which is absolutely important, if your broker executes a trading order with slippage, at this moment you will know exactly whether to leave the transaction or you can stay longer, thereby increasing your possible profit. After all, no one has canceled the main trader’s rule – limit the loss and let the profit grow as much as possible.

Other trading methods do not allow using logical chains of decision-making and are only aimed at the feverish hunting of the probable movements of a trading tool after the published news, which reduces the accuracy and efficiency or even destroys the chances of taking any profit, causing negative experience of beginning traders.

The published indicator not only met the expectations of the growth of the inflation rate, but surpassed them, as analysts were mistaken at + 0.2% in their forecasts, and the pound immediately took it into account in its prices. The pair grew by about 40 points in the first minute and continued its move further, as the fundamental background was favorable for this direction.

In consequence of the deviation of the fact of the news from its forecast by 0.2%, the autoclick issued the signal for the buy of the first risk category.

Bloomberg polled 17 economists who suggested that the unemployment rate in New Zealand will remain at 4.8% and they turned out to be wrong. In fact, unemployment was 5.2% and the forecast error turned out to be huge, at + 0.4% level (as you could already calculate).  And since the excessive unemployment growth is, of course, bad, NZD has dropped at this very moment. 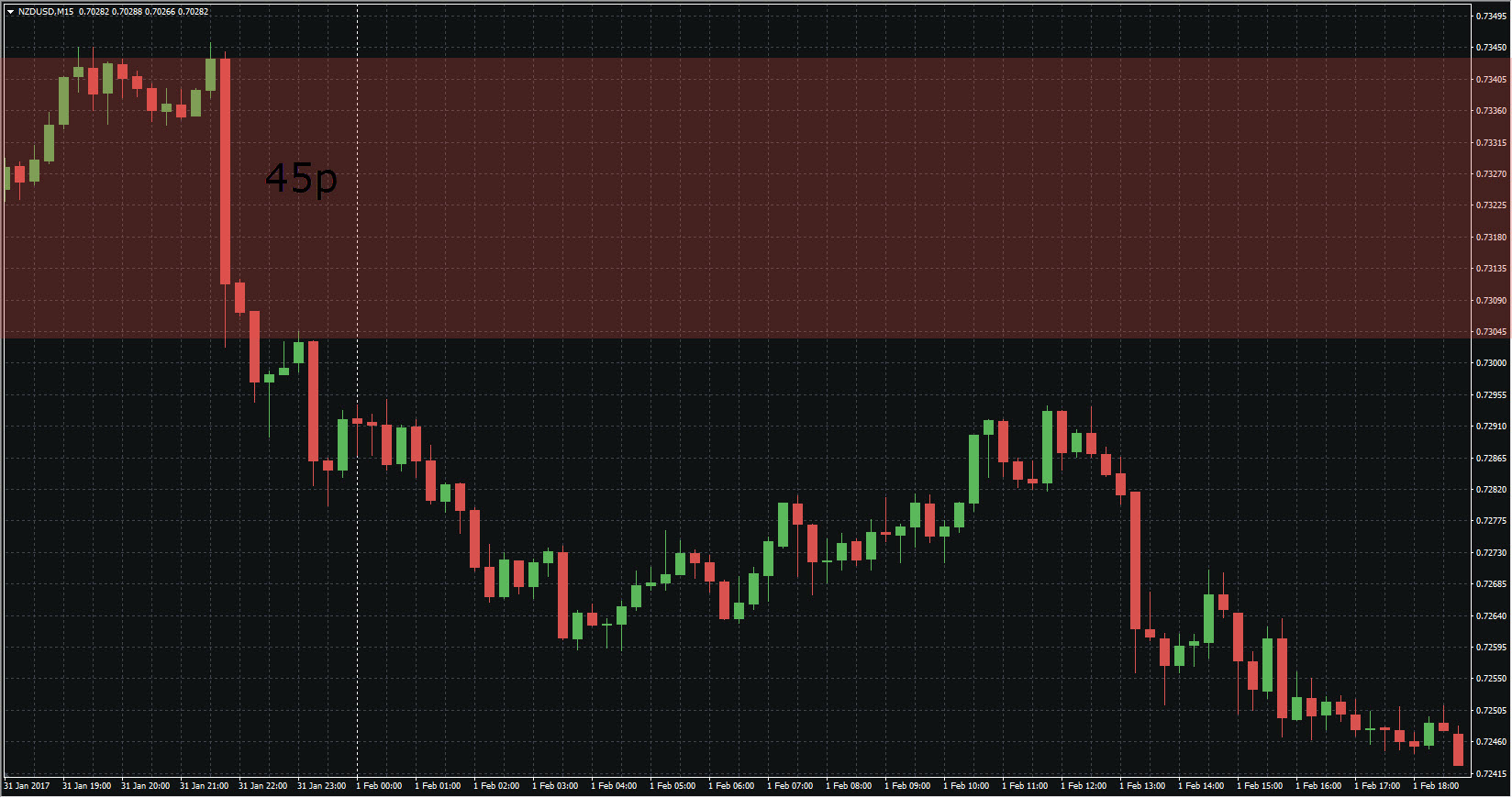 Political tensions and instability in Turkey provoked expectations of an increase in the interest rate by the Turkish central bank from 8.0% to 8.5%, which in fact did not happen, and the interest rate remained at the same level, thus revealing a mistake in forecasts at the level of -0.5%.

This allowed to buy the dollar against the lira, and the movement of the trading pair overcame 90 points the first minute after the publication. 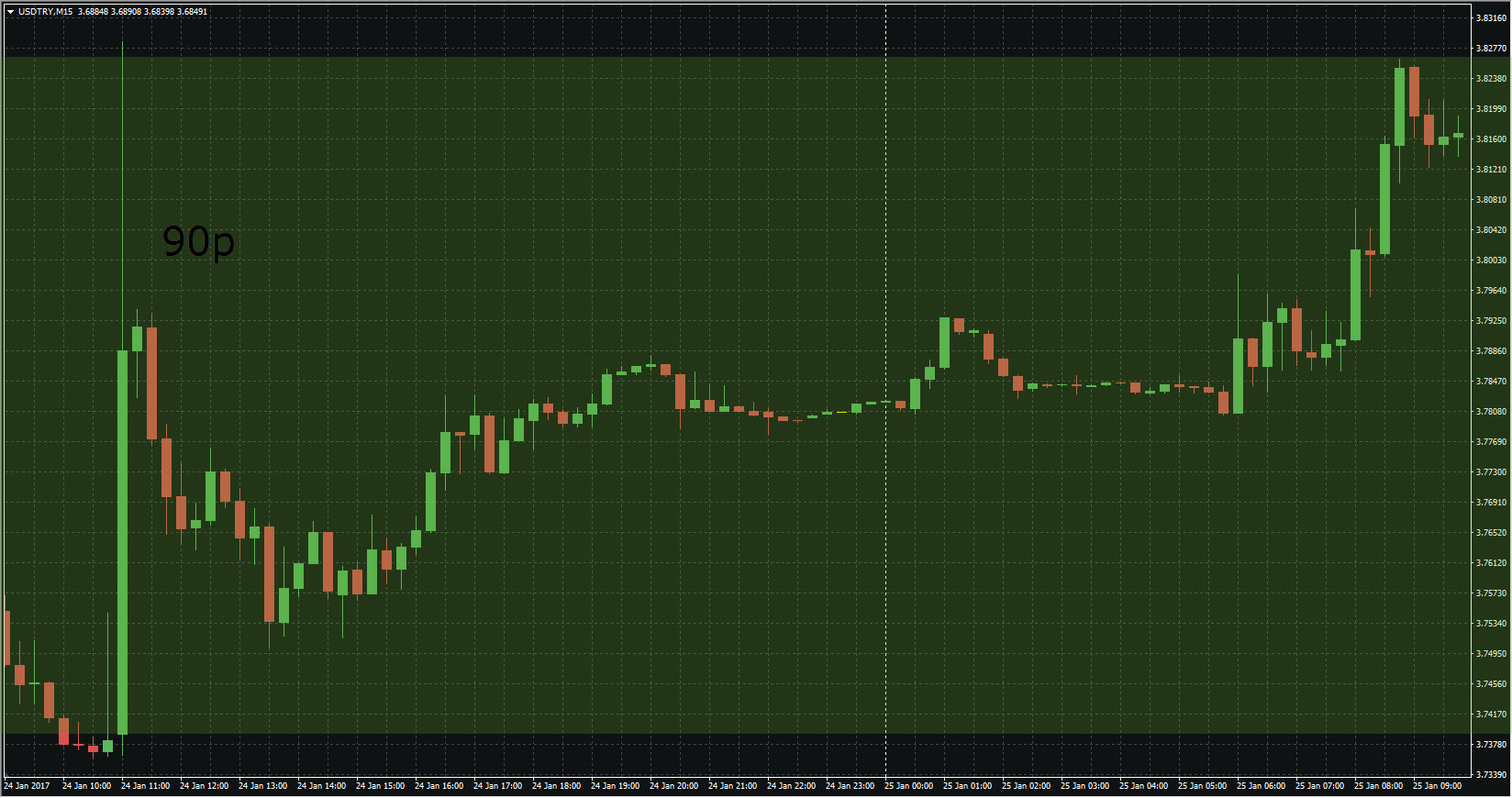 The USA economy always pays special attention to indicators of consumer expenditures, and retail sales are one of the key indicators of USA economics health statistics. It is the more difficult to see a fact that is incommensurable with the forecast, when this is not only about retail, but about its outflow!

So, contrary to the forecast of growth of + 0.1%, we saw the fact of the publication of sales reduction by -0.5%. Dollar for an hour after the release falls on the whole figure! 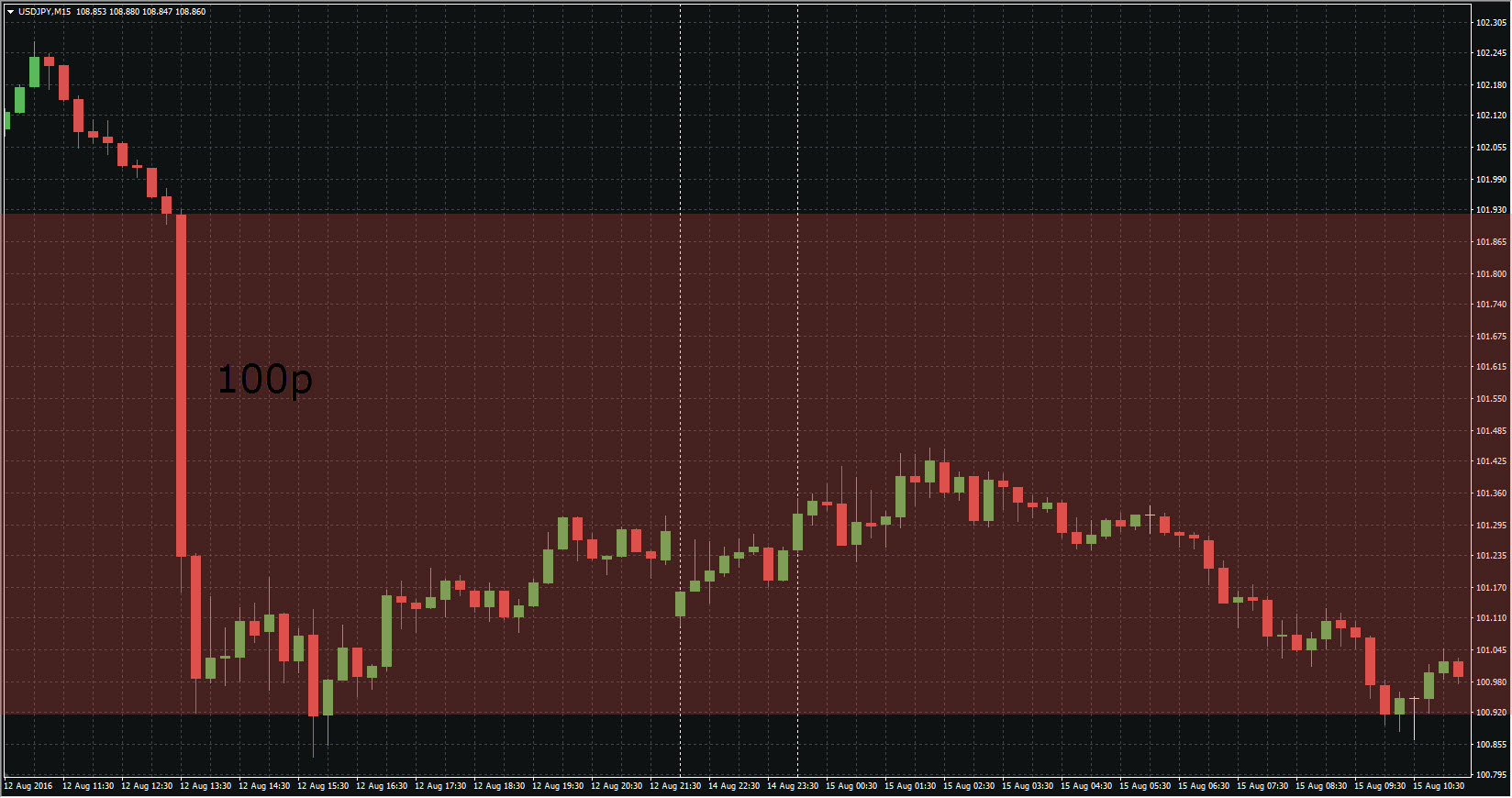 An interesting event was that analysts themselves were not sure of their forecasts, and their totality of assumptions and forecasts was divided into two groups: the first half of them were confident that the interest rate would remain at 2.25%, the second half expected a decrease of the index.

As a result, the market was without specific assumptions, which led to the emergence of the “in any case” trading signal. In fact, the rate remained the same 2.25%, and the incorrect opinion of those who expected its decrease strengthened the positions of NZD, which grew by about 80 points. 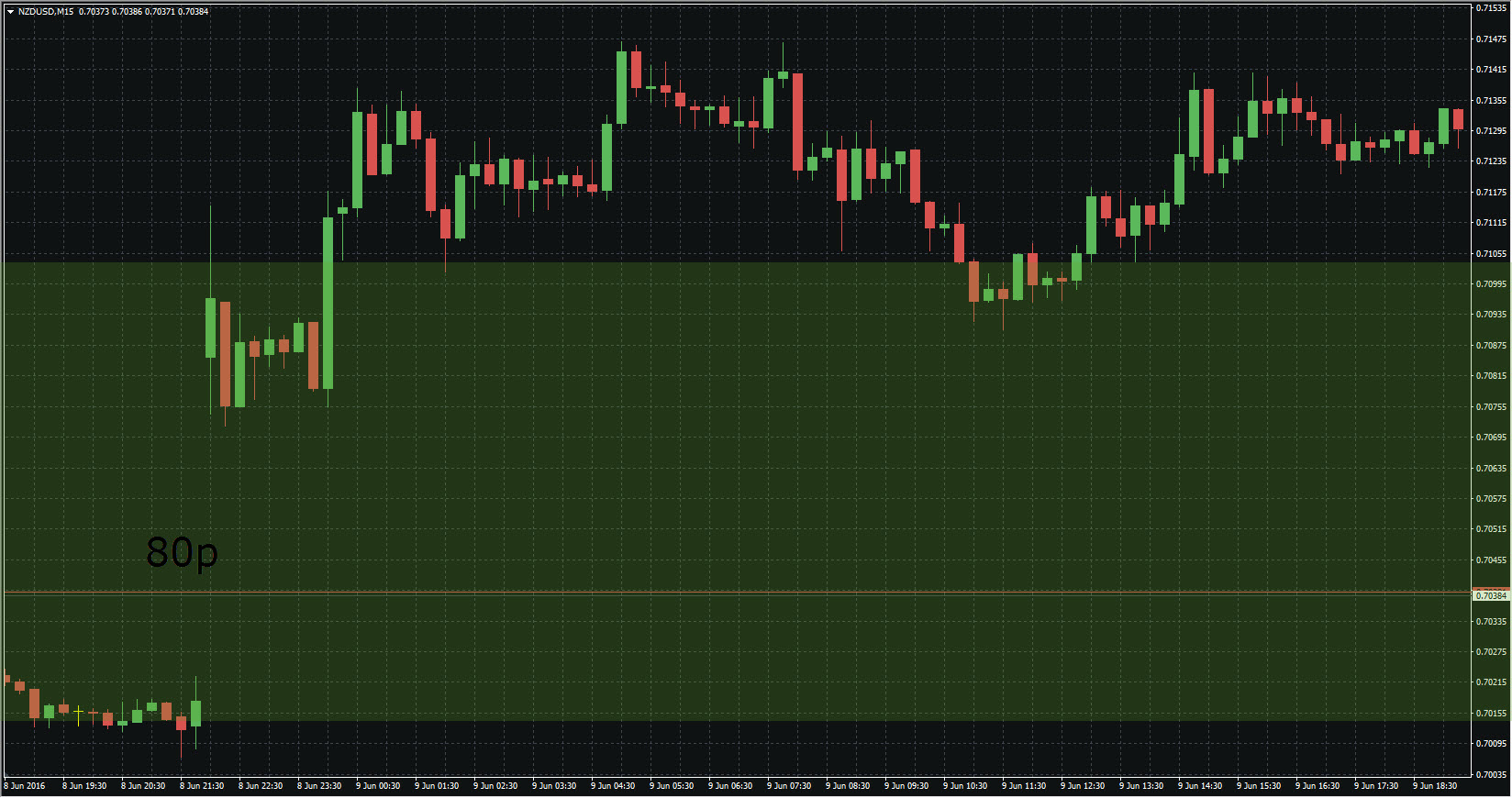 Here the topic doesn’t run its course. We have just shown the basic idea of effective news trading, and you can always continue your research on the pages of our website, learn more about news trading (we gave this a whole section). You can always find even more examples of trading on the results page of our trading signals.